Stress, survival stress, soldier stress, combat stress. Stress training, stress inoculation training, stress exposure training. All of these concepts and training methods are referred to by the military, law enforcement, martial arts, and self defence activities to prepare their trainees to prevail in a violent encounter.

Anyone who refers to stress is like one of the blind men of Indostan who are asked to describe an elephant they have never seen by touching just one part of it: 'Though each was partly in the right, And all were in the wrong!'

Bruce Siddle's work has assumed the authority of commonly conceived wisdom within activities associated with preparing a person to operate in a high threat environment. His work is based on the deleterious effects of survival stress on survival and combat performance:

Incredibly, agencies and officers have been litigated under the assumption that the officer used negligent tactics which necessitated the use of deadly force. However, Breedlove's research provides us with a scientific explanation based upon eye anatomy and the affects of stress on the visual system. When a student's working heart rate rises above 145 BPM, the visual system decreases the peripheral field and attention focuses on a threat stimulus. Since the brain is demanding more information to deal with the threat, the student will invariably retreat from the threat to widen the peripheral field.

Though Siddle was partly in the right, he was also wrong.

Stress focuses on anxiety-fear. This is a little understood fact. Even though it was derived from the fight-or-flight concept, it does not focus on anger. Both emotions are evolutionarily designed to deal with a threat.

The fight-or-flight concept was developed by Walter Cannon in the early 1920s. It was based on the responses of cats when confronted with a dog. What was the dog's responses when confronting the cat? Cannon was also one of the Indostan blind men.

Emotion involves physiological arousal. Excitement/anticipation is an emotion. Stress is a prey-type concept involving, albeit often unknowingly, the negative emotion of anxiety-fear. Excitement/anticipation could be argued to be a predator-type emotion involving a physiologicial arousal and is a positive broaden-and-build positive emotion. It is probably associated with an approach behaviour rather than a withdrawal behaviour.

Threatening situations involve a multitude of emotions with heightened physiological arousal and different action tendencies. To suggest that everyone will act a particular way predicated on stress theory is naive at best.
Posted by John Coles at 1:05 PM 1 comment: 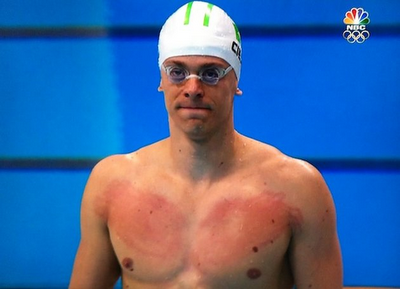 I'm writing an article on the survival process, aka the emotion process, and it's use by activities which prepare a person to survive a violent encounter (e.g. martial arts). The 2012 Olympics is proving a fascinating case study in this regard.

Brazilian Cesar Cielo was the 50 metre champion in the pool until the 2012 Olympics. Cesar has a unique way of psyching himself up for a swim. 'The 25-year-old world record holder thumps his chest so hard you can see the imprint of his hands. He says it motivates him and wakes up his body.'

I wrote a post on the Beserker Warrior Tradition. This warrior tradition spanned 3,000 years (Spiedel, Beserks: A history of Indo-European 'mad warriors,' Journal of World History, 2002, 13: 2). Rather than attempting to reduce the intensity of emotion when engaging in combat like so many activities teach, Beserker's deliberately inflame their emotion to improve their combative performance. They do this by, among other things, beating themselves Tarzan style.

It has been demonstrated that an emotion can be elicited in an individual through their own actions or facial expressions. Even swearing has been shown to elicit emotions in oneself. Why do Beserker's attempt to inflame their emotions? Because it enhances particular types of survival behaviour.

The physiological reaction includes the release of adrenalin in the blood stream which enhances speed, strength, and endurance. For fear, the blood flow is directed away from the arms to the central muscles that are used for flight. For anger, the blood flow is directed to the arms to fight and to grasp weapons. In swimming, the legs only provide 25% of the propulsion with the arms doing the bulk of the work. Anger provides the motivation and the physiological reaction which facilitates Cesar's competitive performance.

If instead of inflaming his anger emotion, Cesar followed the advice of many survival activities and controlled or negated his emotions, would he be at a competitive (survival) disadvantage? After all, he wouldn't have nature's physiological boost of adrenalin to assist his performance.

It is interesting to speculate whether or not it is advantageous or not to induce fear in runners. After all, the action tendency of fear is flight, and the physiological reaction associated with fear prepares the body to flee. I'm not sure how many coaches would deliberately instill fear into their athletes. The military, on the other hand, have absolutely no hesitation in instilling fear into their personnel. The fear of letting their comrades down; the fear of dishonour and disgrace; even the fear of being shot by their own commanders if they heed nature's survival imperative to flee in the face of non-survival oriented objectives. 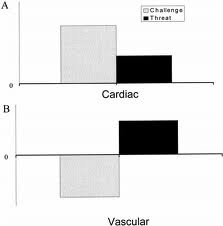 Not much research has been conducted on positive emotions. Even though appraisal theory is utilised by stress theory, the focus of stress is on anxiety-fear and not on any positive, challenge-appraised emotions.