The new legislation was to come into effect on 1 July 2012 however some delays have been encountered with the finalisation of the regulations and the approval of rules. At this time the current unamended version of the Professional Combat Sports Act 1987 is still in effect with the new legislation coming into force in the coming months.

The Department of Sport and Recreation and the Professional Combat Sports Commission (PCSC) will work with the industry to ensure that all parties are educated, informed and supported through the transitional phase leading up to the roll out of the new legislation.

Should you have any queries regarding the legislation please contact Greg McGuire at the Department of Sport and Recreation on 9492 9746 or via email at combatsport@dsr.wa.gov.au


I have a question for Mr McGuire. Does the Commission actually know what they are doing?

Don't get me wrong. I am no anti government, big brother, conspiracy theory type. I simply object to ignorance and stupidity.

The Commission's 2012 annual report states that 'the structure of the Commission is a vital enabling element of the broader governance system. The structure refers to the size and composition of the Commission, including independence, the presence of commissioners and has regard for the balance of gender, cultural diversity, skills and experience.' Apparently actually knowing anything about the safety of combat sport participants is secondary to the Government mandate for political correctness and equality.

The 2012 annual report lists the Commission representatives. What is the one position that is vacant?: Nominee of the medical of the Australian Medical Association. There is not one member on the Commission that has any detailed knowledge of possible injuries.

The Chair is a lawyer. He specialises in criminal law. The previous Chair was a lawyer who likewise specialised in criminal law. I met him and he is simply an ambitious lawyer using the Commission for ambitious purposes. How is it that lawyers insinuate themselves into the nooks and crannies of everyday life? They are like rats. At the very heart of their profession is disingenousness. They do not argue a position because they believe in it, they argue it for the sake of arguing it.

We then have a representative from the WA Police Force. Why? Surely the legal aspect of governance is covered by the lawyer.

Next we have the Nominee of the Director General of the Department of Sport and Recreation. Fair enough. You have to have a department representative, even if they know nothing about the actual thing that is attempting to be governed.

Next we have industry representatives. Seriously?!? The martial arts and combat sports are bereft of understanding of the 'why' of what they do. They are very good at the how, but the physiological or anatomical effects of their techniques, they haven't a clue. All you have to do is reference the literature associated with these activities to see the desert that is the knowledge associated with these activities. Even scratch the surface of the literature that has attempted to explain the physiological or anatomical effects of these methods and you will see that they are uninformed.

Of the many, many questions the Commission should be considering is the use of neck holds/shime waza. If forensic pathology and law enforcement authorities around the world consider these techniques to be lethal force, how can they be sanctioned in competition. It is illegal to use lethal force in competition. And please reader, do not simply refer to the ignorant public who influence policy. If you read the research and literature on this subject you'll understand their stance is not influenced by public opinion.

Do not get me wrong, I am not arguing for or against the use of these techniques. What I am arguing is that this is an obvious quandary that any proper Commission should be considering, but because of the uninformed nature of this Commission, they don't even recognise it is an issue.

Good luck combat sports, for you are now governed by an uninformed Commission.
Posted by John Coles at 1:29 PM No comments:

Shime Waza and Neck Restraints - Update of the Update

In the update, I referred to a study - Mechanism of loss of consciousness during vascular neck restraint - published in the Journal of Applied Physiology. A Force Science News article expressed views that this study was the definitive study on shime waza/neck restraints that target the lateral aspects of the neck. In my post, I suggested that the authors did not address the issue of jugular vein occlusion which the Pi panel had suggested was more important than carotid artery occlusion in the loss of consciousness. They did not.

I contacted one of the authors of the study concerning this issue. They generously replied to my correspondence and informed me why. As it turns out, the study is a definitive study, they just don't do a very good job of establishing the definitive nature. You have to work to appreciate that definitive nature.

The Pi panel base their argument on three legs. Firstly, on a study by Reay and Matthews which involved five FBI Special Agents. Not surprising given that Pi, in addition to being an MD is also an FBI Special Agent. This study is in no way conclusive, however, this in itself does not invalidate the Pi conclusions. Secondly, they rely quite heavily on the fact that it takes more pressure to occlude the carotid arteries than the jugular veins. They suggest that venous occlusion halts the cerebral circulation with the net effect being similar to the occlusion of the forward blood flow of the carotid arterial system. What happens when the arterial and venous blood flow are restricted? They are silent on that issue. Thirdly, their argument relies heavily on the presence of petechiae. Ely and Hirsh clearly demonstrate that conjunctival and facial petechiae are the product of purely mechanical vascular phenomena, unrelated to asphyxia or hypoxia. The loss of consciousness appears to be related to carotid artery occlusion while petechiae appears to be related to venous occlusion after a relatively prolonged period of time. The Pi panel fail to provide any reference for the clinically ‘observed’ petechiae with carotid restraint techniques.

The Mitchell et al study is definitive. They, and the Force Science article, simply do a poor job of promoting the definitive nature of the study.

As an aside, I love this world. This world where you study, research, think, apply, develop ideas. Where you talk to like-minded individuals who are so generous with their time and are happy to share their work with you. You have to do the requisite work beforehand, however, having done that they are, in the majority, happy to share their knowledge with you. I will miss this world when I am forced to return to the mundane real world. 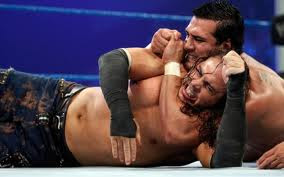 The theory and studies associated with shime waza/neck holds/neck restraints was previously posted. This post updates that post.

A comment was gratefully received in response to the previous post directing me to an article discussing a recent study published in the Journal of Applied Physiology: 'Mechanism of loss of consciousness during vascular neck restraint.'

The Canadian Police Research Centre Neck Restraint Literature Review listed advantages and disadvantages of using neck restraints. One of the listed disadvantages was: 'During litigation, it is difficult to precisely explain to a jury the physiological effects of neck hold procedures due to an inadequate base of medical evidence.' This is very true. Even though the author of the abovementioned article and comment refer to the study in glowing terms, the study failed to consider the effects, if any, of the occlusion of the jugular veins.

Riviello suggests that because only 4.4 lbs of pressure is needed to compress the jugular veins compared to 11 lbs to cut off blood supply from the carotids, almost all cases of carotid compression include jugular compression. In these cases, the blood supply continues from the vertebral arteries, but no drainage can occur. Riviello explains that the faces of these victims often appear blue as a result of vascular constriction and that because of the raised venous pressure in the face and neck, these victims usually have petechiae on their face, eyelids and conjunctiva.

Dr John Pi (who is also an FBI Special Agent) organised and led a panel of medical personnel to research the carotid restraint and, among other things, create a better understanding of the medical explanation for its effectiveness. The panel suggest that a common misconception is that carotid artery occlusion is the primary and only mechanism responsible for the rapid loss of consciousness. The Pi panel suggest that rather than carotid artery occlusion, jugular vein occlusion and stimulation of the carotid sinus are the principle causes of a rapid loss of consciousness when this technique is applied.

Carotid sinus stimulation is a lot more controversial than the artery vs vein debate.

Which is it? Red face, blue face or pale face? The latter two are easily understandable albeit associated with different mechanisms. But why would the face flush when either or both the carotid arteries and jugular veins are occluded? With respect to the jugular vein being occluded, it would be expected that the face would turn blue due to deoxygenated blood not being able to flow from the face.

Despite the enthusiasm of the authors of the original mentioned article and comment, there are still questions which the study does not answer.
Posted by John Coles at 9:14 AM 1 comment: 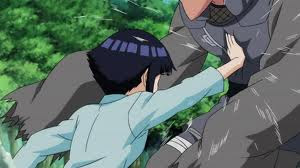 It's 4.30am and I've given up attempts at sleep. Editing my kansetsu waza chapter, I had occasion to reread the article arguing that the human hand evolved for punching in addition to dexterity. This article formed the basis of a post I wrote on one particular aspect of the study.

One of the things studied in that study was the difference between striking with a fist or an open hand.

The force and force impulse of both forward and overhead strikes were not different when the subjects struck with a fist or an open palm.

Although the forcefulness of a strike can be important to the outcome of a fight (e.g. accelerating the body, knocking an opponent off their feet; or accelerating the head, causing unconsciousness or a concussion), local tissue damage, such as bone fracture and contusion, is produced not by force but by stress (force per area)

The striking surface area of a fist is less than one-third the area of the whole hand and ~60% of the area of the palm. This means that if the total force applied in a strike is the same, then the stress in the targeted tissue will be 1.7 to 3.0 times greater in a fist strike than in a palm strike. Thus, although striking with a fist appears not to result in more forceful strikes, fists increase the peak stresses that are imposed on the target and, therefore, the potential for injury.