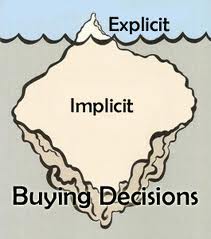 The previous post looked at Being Taught vs Learning. This post looks a little more at learning, which an understanding of is important for both teacher and student of the martial arts.

Hurst, in Armed Martial Arts of Japan, suggests that in Japanese medieval times when fighting skills were still practical, the head of any martial arts school instructed his disciples in a manner analogous to that of many religious teachers. That is to say that transmission of the teachings occurred largely by example and not through verbalisation. Hurst is describing implicit learning as being the traditional model for martial arts transmission. 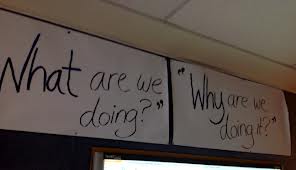 It has been found that athletes who are given instructions (explicit learning) were found to more likely preoccupy themselves with thoughts about how they were executing the skill, which in most sports is detrimental to performance. Under pressure, the players were found trying to consciously control normally automatic, implicit or subconscious processes, commonly termed ‘paralysis by analysis’. In other words, they were more susceptible to choking. Alternatively, players who did not have any instructions to refer to (implicit learning) were less likely to think about how to execute the skill because they did not consciously know what they actually did. That is not to say their bodies did not know what to do, they simply left the brain out of it.

It was once explained to me that traditional teaching of Chinese or Japanese martial arts was for the teacher to provide 'one corner' and it was up to the student to find the other corners. All very mystical and philosophical, but does it not also reflect the fact that the traditional martial arts model provides the student with how-to knowledge and not why-to knowledge. That they do not understand why something does or does not work, only how to do it, and then only for them.

Most martial arts instructors can be viewed as being great tennis players. They know how to play the game. Andre Aggassi was asked to describe the wrist action of his forearm stroke. It was found with the aid of slow motion cameras that his description of his wrist action was incorrect. He could perform the action brilliantly, but he didn't understand it and couldn't verbalise the action. Who do you want to be taught by? Roger Federer or Roger Federer's coach who you've never heard of and is not an elite player?

This raises the issue of what a black belt (or any senior grade by whatever description) means. Should a black belt be able to instruct the tactics and techniques of their martial art? If so, what model do they adopt: implicit or explicit learning? By default, if they are expected to be able to teach, they must adopt the implicit learning model? They will be limited in their problem solving abilities because they have learnt the how and not the why of techniques. Looking back on my martial arts experience, I've known many instructors who knew how to do the techniques, and some who were very good at doing them, but very, very few who knew the why of techniques. They had a 'follow me' approach to teaching and were limited and less flexible in their problem solving abilities for individual students.

Related to the above question, what percentage of a black belt should be given to teaching/understanding compared to proficiency? Right now, most black belts focus on proficiency, which then fallaciously is used to suggest teaching ability. Would you award a black belt to a person who knew the why of techniques and could teach but was an average practitioner? It depends on what you think a black belt means, or what it means to you as an instructor or head of a school. What are you producing - teachers or practitioners?

This is where my work is directed. To fill that gaping chasm that is the lack of understanding of why martial arts techniques work and how to teach them.
Posted by John Coles at 8:29 AM