What's The Difference Between Throws and Takedowns? Part 1 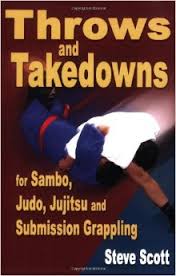 What is the difference between a throw and a takedown in the martial arts? This is the question that was asked on the Martial Arts Planet internet forum in 2007. The following is a summary of the responses received:

Despite the quality of the source of the information, the responses are a pretty good depiction of the different conceptions that are held within the martial arts community of the distinction between throws and takedowns. They also reflect the confusion that surrounds the issue.

'There is no offical distinction'
The book I initially proposed to write was a how-to book on the jujutsu taught by Shihan Jan de Jong OAM 9th Dan. It was intended to contain difference chapters for each class of technique taught by Tsutsumi Hozan Ryu jujutsu/Jan de Jong jujutsu (and most other jujutsu systems) which included separate chapters for throws and takedowns. I wanted an authoritative definition(s) that distinguished between throwing techniques and takedown techniques for those chapters so I undertook a comprehensive review of the English-language martial arts and related fields literature. The results of that review was that, as respondent #1 above suggested, there is no official distinction between these two types of techniques within the martial arts literature.

I'm drafting an article about this issue for the Blitz martial arts magazine. Due to the limitations on the size of magazine articles, which I frequently exceed, I cannot detail this most interesting of journey's within the martial arts literature to find an authoritative distinction between these two types of techniques, so I thought I might share some of the journey with the readers of this blog.

Classification
The authoritative distinction between these two types of techniques I developed formed the basis of classifying all techniques that cause an opponent to the ground. When I discussed this classification with some senior martial artists I was generally met with bemusement. 'Why classify these or any other techniques?', they would ask. Rather than just assume I'm rightand my work is of importance, I went in search of an explanation of why classification is important. In researching this answer I came across 'the core of all learning.'

The Core of All Learning
The core of all learning is said to be the identification of similarities and differences. There seems to be consent as to the similarities between throws and takedowns - they are both types of techniques that cause a person to fall to the ground - but there is no consensus as to what separates them apart ... not until now.

Research has identified four forms of identifying similarities and differences that are highly effective: comparing, classifying, creating metaphors, and creating analogies. Each of those forms of identifying similarities and differences are seen by cognitive theorists as being more than simply linguistic or literary devices, rather, they are seen as being fundamental ways of thinking.

Rather than asking 'Why classify?', we should instead be asking why we don't classify. In the case of throws and takedowns it is probably because while the similarities between these two types of technique are understood, the differences are not.

Judo and Takedowns
What would you know if you were told you were about to learn a takedown (taoshi waza) with reference to Kano's classification of judo techniques? You'd know you were not learning judo.

Does judo teach takedown techniques? Geoff Thompson's The Throws and Take-Downs of Judo would suggest they do - but then why does Thompson not provide definitions that distinguish between these two similar types of techniques and refers to all the techniques in his book as throws?

The journey continues in part 2.

Posted by John Coles at 1:58 PM No comments:

Blitz June Edition - What is Jujutsu? - My article published 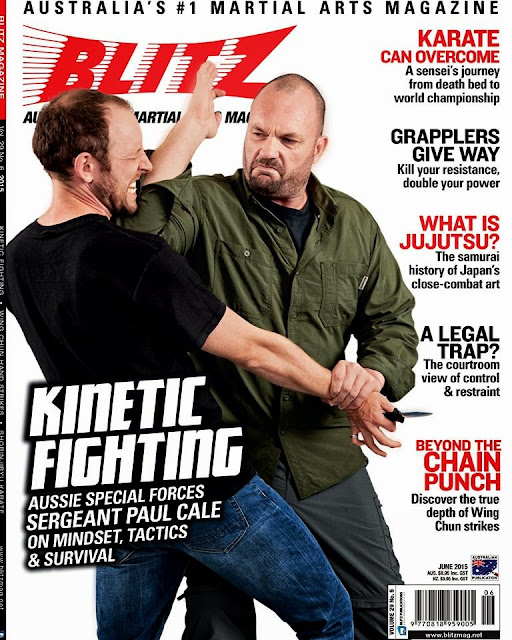 The front cover of the June Blitz magazine with my article - What is Jujutsu? - included within.
Posted by John Coles at 12:54 PM No comments:

Latest Contribution to Blitz - What is Jujutsu?

It would appear that I am becoming a regular contributor to Australia's premier martial arts magazine, Blitz.

My latest contribution which is to be published in a two part series starting next month is titled: 'What is Jujutsu?'


What is jujutsu? One of the best places to begin any enquiry into the Japanese martial arts is with the works of Donn F. Draeger. He was one of the first to write in any detail on the Japanese martial arts in the English-language literature, and he provided definitions and descriptions that continue to be widely accepted by Western practitioners. Draeger consistently explained jujutsu in terms of:


·       the application of the philosophical concept of ju.


Each of these elements are essential to any meaningful understanding of jujutsu.


The editor of Blitz has approached me for more articles. I may have access to a photographer and/or a graphic designer (although other offers would be gratefully accepted) which means I can write and share how-to articles and articles that require graphics in order to fully appreciate the message. For instance, articles that for the first time provide a physiological explanation of joint-locking techniques; articles that for the first time provide a definitive distinction between throwing and takedown techniques; articles that provide how-to instruction that was in demand world-wide from Shihan Jan de Jong OAM 9th Dan and which I have provided greater insights into through the application of biomechanics.

Please contact me with any of your questions as it may provide the basis for another article to be published by Australia's premier martial arts magazine - Blitz.
Posted by John Coles at 11:34 AM 2 comments: