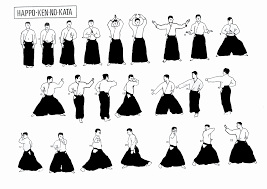 I published a post on my The School of Jan de Jong blog which uses the theory presented in my The Science Behind All Fighting Techniques to analyse the Happoken no Kata taught by Jan de Jong jujutsu, Yoseikan Budo, and Yoseikan Aikido.

WSD teaches ways and means to counter fear during a violent encounter, however, they do not use the strategic use of the threat of shame to counter fear during a violent encounter in order to fight because ... a main stay of reputable WSD courses is to emphasise that a sexual assault is not a woman's fault. They are not to blame. Self-blame is a post sexual assault precursor to post traumatic stress, depression, etc. If the woman is not to blame, there can be no shame and therefore the threat of shame is rendered impotent.


Just an interesting observation when using the core of all learning - the identification of similarities and differences (see my The Science Behind All Fighting Techniques) - to gain insights into WSD instruction.
Posted by John Coles at 10:55 AM No comments:

Email ThisBlogThis!Share to TwitterShare to FacebookShare to Pinterest
Labels: Beyond Fight-or-Flight, Fear, Fear and Fight Book, Fight-or-Flight, The Science Behind Fighting Techniques, WSD

To survive is to live in spite of danger or hardship. The quintessential laws of nature are: survival, survival, survival.Nature is prepared to tolerate rape in order to survive. WSD is not. Survival is promoted by fear, therefore, WSD teaches ways and means to overcome fear in order to avoid rape.

The principal strategy taught by WSD to overcome fear is to turn fear into anger. The action tendency of anger is fight. The automatic physiological reaction associated with anger prepares the body to fight and anger decreases our inhibition to aggress.

The principal strategy taught be the military in order to overcome fear and act on the battlefield is courage. To act in spite of fear. I have found it very interesting that the literature on WSD, including feminist literature, does not mention courage as a means for women to overcome fear if attacked in order to fight.

WSD teaches to turn fear into anger. It uses ways and means, including forms of exposure, to develop confidence which reduces or negates fear. It uses overlearning so that fight behaviour becomes the instinctive behavioural response to a threat. But there is no mention of courage; of acting in spite of fear.

Shame and the threat of shame are major ways and means used by the military to overcome fear in order to fight. That tends to lead to anger which, as said above, promotes fight behaviour. WSD do not tend to use the strategic use of shame or the threat of shame in order to overcome fear if attacked in order to fight. Shame is described as a possible outcome of a successful rape and a predictor of PTSD, but it's not used to promote defensive fight behaviour as is the case with the military.

I just find it interesting to compare the different approaches to overcome fear in order to fight.