The Gift of Anger 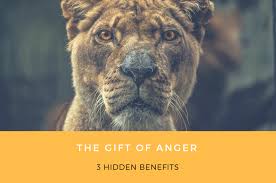 Gavin de Becker wrote The Gift of Fear. This post concerns the 'gift of anger.'

In the book I'm writing about our natural and learned responses to a threat, I explain how many people refer to the fight-or-flight concept to explain our natural responses to a threat. I also explain how most of those people have a limited and flawed understanding of the concept (and that the concept itself is limited and flawed).

The people who refer to the fight-or-flight concept to describe our natural responses to a threat explain that in response to a threat, fear motivates instinctive fight or flight behaviours that an automatic physiological response prepares the body to enact. Walter Cannon, the founder of the fight-or-flight concept, in fact associated instinctive flight behaviour with fear and fight with anger. This is a small but important detail because if instinctive fight behaviour was associated with fear then there would be no need to develop counter measures to fear when fight is the required behaviour.

Cannon explained, and it has since been demonstrated through countless animal tests, that the initial response to a threat is flight (fear) and that fight (anger) is only engaged in when flight is obstructed. Fear motivated flight but turned to anger and its action tendency of fight when flight was obstructed.

James Gilligan explains how he used his 35 years experience in prisons and prison hospitals as his 'laboratory' in which to investigate the causes and prevention of various forms of violence and the relationships between these forms. To cut a long story short, he (with reference to another psychiatrist who formed the same views through the same experience) formed the view that shame is the underlying cause for many/most forms of violence. The shame is so 'painful' that the only way to turn it into a desired feeling of pride is through violence. Shame is painful which leads to anger and its action tendency of fight in order to replace shame with pride.

You see it every day in the gym, on the training track, and in competition. How do athletes 'get things done' when they are challenged. They get angry. It helps them physically and psychologically overcome the challenges they are facing. That strategy is taken straight from Nature's playbook.