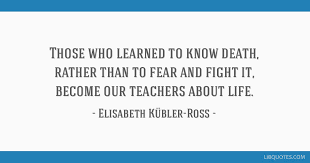 Getting toward the completion of Fear and Fight: Understanding Our Natural and Learned Responses to a Threat. The conclusion ties up the reading experience for the reader and helps them  think about the bigger implications of the book content, the next steps that they can take, and the lessons that they can learn from what they’ve read. I use systems theory to accomplish those objectives.


A system is a set of related components that work together in a particular environment to perform whatever functions are required to achieve the system’s objective. There are four basic elements to a system: input, throughput (process), output, and feedback.

Our natural response to a threat is a system whose objective is survival - the 'survival system.' The survival system is comprised of cognition (appraisal), feeling, physiological arousal, impulses to action, and over behaviour components that are interconnected via feedback loops and which work together to achieve the objective of the system - survival.


An Australian female university student who is a taekwondo black belt with many years experience was sexually assaulted on campus. She explains that she was capable of defending herself because of her extensive martial arts training, however, at the time of the assault she was ‘paralysed with fear.’ An American female judoka who had studied judo for self-defence two hours a day, five days a week, for 2 1/2 years was sexually assaulted, however, ‘she found herself dangerously unprepared for what happened during the actual attack.’ She explains how she had plenty of opportunities to strike back but she did not even scream. ‘Instead, she froze.’ These female martial artists were let down by a systemic failing in their training.

McCaughey refers to an instructor who remarked that the biggest problem with self-defence courses is an overemphasis on the physical without the mental and emotional:

‘There are people who don’t quite understand what they are doing when they teach … and I think part of it is that instructors don’t offer what I call a balance – mental and emotional aspect of human beings combined with physical skills …’ (1997, 110)


The same may be said of most martial arts.


The first step in remedying this deficiency in martial arts training and that of any activity associated with preparing a person to engage in a violent encounter is in understanding our natural response to a threat.

Many people also use the stress concept to explain our natural response to a threat. They often follow Bruce Siddle's efforts in Sharpening the Warrior's Sword, whether they know it or not. The stress concept was derived from the fight-or-flight concept and therefore all of the limitations and flaws associated with the fight-or-flight concept in explaining our natural response to a threat are inherent in the stress concept when used for the same purpose. Those limitations and flaws are compounded as stress research focused on the deleterious effects of 'stress' on health, thus further limiting and skewing their interest in our inherited survival mechanism.

A complete and comprehensive explanation of our natural response to a threat is provided in Fear and Fight. It also enables us to better understand our learned responses to a threat because they are all interventions in the survival system.