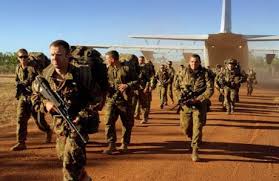 Stress training of varying names is increasingly being used by law enforcement and the military to better prepare their personnel for operational deployment.

Stress training is designed to counter the deleterious effects that stress effects have on survival and combat performance.

What is stress? I'll save you the embarrassment of answering by referring to the father of the stress concept, Hans Selye, who famously said that everybody knows what stress is, but nobody really knows. Thus, stress training used by law enforcement and the military to better prepare their personnel for operational deployment is based on a concept that nobody really knows.

Did you know that if Selye had a better grasp of English, he was Slovakian, that you would not feel stressed, you'd feel strained? Later in life he complained that if his English had been better that he would be the father of the strain concept and not the stress concept.

Everybody knows what stress is, but nobody really knows. I know. I know that stress is an ambiguous, abstract concept that is an umbrella concept for a whole host of responses to an external or internal stimulus.

In a book that focuses on soldier stress and soldier performance, Driskel et al explain that among the potentially deleterious stress effects on combat performance are the feelings of fear and anxiety. They also mention confusion when referring to deleterious feeling stress effects, however, confusion is a mental state not an emotion. Bruce Siddle, who many of you would be more familiar with, also refers to anxiety and fear as being survival stress reactions.

I've conducted stress training seminars for corporations. I explain that X is under pressure at work. He/she takes that pressure home thus disrupting their relationship with their significant other, which he/she then takes back to work which further increases the pressure they are placed under. Their colleagues are self involved and their bosses are only interested in results, the person snaps and shouts, 'Just leave me the f**k alone.' I then explain that the good news is that the person is not stressed because fear and anxiety are symptoms of stress, not anger. I cannot help that person because I am conducting a stress training seminar. What they need is anger management training, which I'll be conducting the next day and which looks exactly like the stress training seminar I am conducting that day.

Stress training is actually emotion training, however, by referring to the root issue you focus on the heart of the problem - emotion.

Emotion is more than a feeling. It involves an appraisal which elicits a subjective feeling that motivates an instinctive impulse to action which an automatic physiological reaction prepares the body to enact.

Emotions were selected for in nature because they conferred a survival advantage on an individual. However, emotions are now seen by most activities associated with preparing a person to survive a violent encounter as providing a survival disadvantage for an individual engaged in survival efforts.

If we wish to counter the deleterious effects of stress on survival and combat performance, we should be focusing on the actual problem - emotion. That is what we should study, not 'stress' which only exists in theory. Stress and emotion guru, Richard Lazarus, said that stress should be considered a part of a larger discipline, emotion. It should be considered a part of the larger discipline of emotion because stress is referring to emotion but in a limited and skewed way.

You're in the martial arts and therefore you don't engage in stress training, or so you think. What is your free fighting, sparring, etc designed to do. In part it's designed to simulate the operation environment and thereby better prepare the trainee to use their tactics and techniques in the 'real-world.' That is stress training, or a part thereof.

Learn more about emotions. Learn more about the strategic use of emotions to counter fear in combat. Your tactics and techniques are worthless unless they are supported by emotion training.

I am writing a book on this subject that uniquely integrates the theories of fight-or-flight, stress, and emotion to explain our evolved survival mechanism and the survival process. An understanding of this process provides a greater understanding of all methods taught by all activities associated with preparing a person to survive a violent encounter because all of those methods are interventions in the survival process.

More to follow.
Posted by John Coles at 8:52 AM No comments:

Not Giving Into Fear

Jan de Jong Martial Arts Fitness, the school that arose out of the Jan de Jong Self Defence School after Shihan Jan de Jong OAM 9th Dan passed away, recently advertised a Young Women's and Young Men's Self Defence Course. Within the advertisement was:

What makes this course different from our normal classes? We get really specific about your need to adapt to the charging world. In particular not going into fear, but recognizing that that is where you might feel like you are being drawn, and be better equipped to deal with it.


The first thing to note is the poor grammer, spelling, editing, and use of the so-called American English. However, of particular note is the reference to giving (not going) into fear. How do they teach someone not to give into fear? In fact, why would you want to teach someone not to 'give into' fear when fear is an emotion that was selected for in nature because it conferred a survival advantage on an individual?


What do most, if not all, martial arts schools know about fear? Why do they demonise (Blogger is trying to get me to use American English but I will resist their attempt at American cultural imperialism) fear when fear is the reason the human race exists today? And then, what do they do to train their trainees not to 'give into' fear? Anything specific that targets fear?

'Giving into fear' ... the action tendency most associated with fear is flight. To run away when scared. If more people had have given into fear in the trenches during WWI, there would not have been millions of soldiers on both sides of the conflict killed. Giving into fear would appear to have been a pretty good thing to do for the individual soldiers at that time.

The soldiers on the Western Front, Gallipoli, and elsewhere where 'encouraged' not to give into fear through such abstract notions as patriotism, loyalty, duty, honour, cowardice, comradeship, etc. These are all abstract notions developed by man so that the intellect can rule over the survival-based amygdala.

You see, the amygdala, the home of emotion, truly cares about you. Survival is its only priority. When's the last time you saw a lion ashamed about running away from a fight it could not win?

What is stress? I'll save you from embarrassing yourself - you think you know but you don't. As Hans Selye, the father of the stress concept, famously said: Everybody knows what stress is, but nobody really knows. I know what stress is, when stress is referred to in stress training. Stress is anxiety-fear. Stress training is actually designed to counter the effects of anxiety-fear on performance.

Do martial arts, is Jan de Jong Martial Arts Fitness, teach stress training? Yes and no, although they don't know it and only indirectly and incompletely.

It's a fascinating subject and the subject of yet another book I'm writing.

Posted by John Coles at 7:14 AM No comments: