Being Called a Cocksucker Isn't Personal 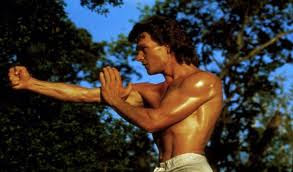 I caught up with a former pupil, now very good friend, last night. I raised a particular issue to which he referred to a scene from Partick Swayze's Roadhouse movie:

We've got entirely too many troubIemakers here. Too many 40-year-old adolescents, feIons, power drinkers and trustees of modern chemistry.

I would like to say welcome to the 21st century, but the movie was made in the 20th century, and unfortunately it is reflective of human nature throughout history and that of the foreseeable future.

It's going to change.

Man, that sure sounds good.

But a lot of the guys who come in here, we can't handle one-on-one. Even two-on-one.

Don't worry about it. All you have to do is follow three simple rules.

One: never underestimate your opponent. Expect the unexpected.

Two: take it outside. Never start anything inside the bar unless it's absoluteIy necessary.

And three: be nice.

If somebody gets in your face and calls you a cocksucker, I want you to be nice. OK. Ask him to waIk, be nice. If he won't walk, walk him. But be nice. If you can't walk him, one of the others will heIp you. And you'll both be nice. I want you to remember that it's a job. It's nothing personaI.

No. It's two nouns combined to elicit a prescribed response.

What if somebody calls my mama a whore? 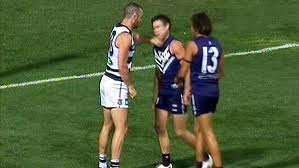 Where this came up was when I was telling my friend that I was watching the football (Australian Rules) when one player deliberately got under the skin of an opposition player who then lost control and punched him. This gave away a free kick resulting in a goal and the offending player lost composure. This is precisely what the niggling player intended.

I didn't understand how professional athletes could lose control when all the other player was doing was mouthing off, aka sledging. I was actually watching the game with another friend, and I said the same thing, to which he replied, 'But you're different to most people.' 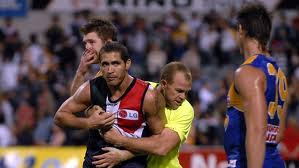 Another football game a couple of years ago. One player tackled another, and as they wrestled on the ground, the tackled player said to the tackling player that he'd f**ked the person who the tackling player had tattooed on his arm. That player went ballistic and had to be forcibly restrained. The tattoo was of his young daughter. So what! They are just words. Words that you know are intended to cause you to lose control. Words that only have meaning if you give them meaning. Until then they are just blah, blah, blah.

Why take these things personally? Only you can make it personal. Until you do, they are just words.

My friend from last night suggested that responding to these words is human nature. If that is true, evolution did us no favours there. Someone calls you whatever, you take it personally, words are exchanged, a fight ensues, pain, injury, death, court cases, victim impact statements saying how they now have a life sentence - they only called you a name. They were just words. Rather than assisting you to survive and reproduce, this 'trait' would appear to be maladaptive. 'It's going to change' - like many self-improvement methodologies, we have to find ways to counter human nature, counter our natural instincts to be idiots. 'Man, that sounds good.'

Provocation is often offered as a defence for why someone assaulted another. They were provoked into assaulting another person because ... they couldn't control your own emotions via the appraisal of the stimuli. The appraisal process elicits the emotion which elicits the behaviour. The defence of provocation is appealing to the lowest denominator of human behaviour. It is encouraging us not to control our emotions via the development of our appraisal process.

I would like to go into a law enforcement recruit training lecture and say to an indigenous trainee, 'What the fuck do you black c**t think you're doing in this class. It's only for humans not you apes.' Or to a female trainee, 'Piss off b***c. This is men's work and you're too f**king useless to be of any use at all.' This is the sort of abuse they will cop throughout their career. If they let it get to them, it will compromise their effectiveness. I would explain that it's not about putting up with it. It's not about resisting the temptation to retaliate. It is about developing a mindset whereby these words don't elict any temptation to retaliate whatsoever. It is a discipline, but once internalised it no longer means you are an amoeba that simply responds to a stimuli.

Then and only then will you really know when it's time to not be nice. 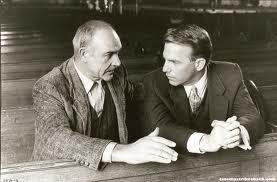 In the words of Sean Connery from The Untouchables, here endeth the lesson.
Posted by John Coles at 7:36 AM