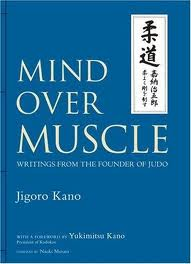 Yes folks, it's time for a 'best of' post. What are the top 10 Kojutsukan posts?

Before the top 10, it is an opportune moment to reflect on the Kojutsukan mission. Yes, over the years of research a mission has evolved. That mission is to use theory to inform practice. To use theory to facilitate practice. This concept is relatively unique in the martial art world which is generally a bastion of anti-intellectualism - to its detriment. Many instructors attempt to provide theoretical support for their methods. Those same instructors should often refrain from attempting to explain the whys and stick to the hows. They have not done the work, nor have their instructors, into understanding the whys. My work is about providing the whys. Whys that have practical use; that facilitate the understanding and study of martial arts techniques and those used in violence generally in a practical way.

No. 10 Women Self Defence Courses: Effective or Not? Pt 1.

This blog was posted in December 2011 and the fact it made the top ten reflects the interest in women self defence and violence directed at women. These blogs have attracted the greatest amount of comments both on the blog site and to my personal email. Many from women thanking me for airing issues that they've experienced but did not understand or that they thought others did not understand. 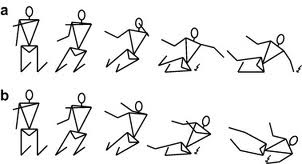 In this blog I introduced the readers and the martial arts world to the work of Brenda Groen whose PhD thesis was on the use of martial arts falling techniques to prevent injury when landing from a fall. This technique has been included in a broader fall prevention program that has been rolled out in Holland, and which has recorded success according to various studies.

Given statistics generally suggest that one if four women experience abuse or violence, it comes as no surprise that there is a great deal of interest in this issue.

Jan de Jong and myself would walk the streets of Rotterdam and Amsterdam when we were visiting Europe for his annual seminars. He would point to various buildings or locations and tell me this happened or that happened there during the war years. Standing in the same place he stood 50 years before made it all the more poignant.

No. 6 Women Self Defence Courses: Effective or Not? Pt 2.

My interest in WSD was increased after becoming involved with a woman who has recently emerged from a long-term abusive relationship. My work over the past few years in researching for my various books and articles provided me with the tools to understand, explain, and help this survivor. I suppose another project to add to my already existing projects is a WSD book and course. This book and course would be different than most others in that it would be based on knowledge of the problem.

My first blog. Fall On OutStretched Hand injuries. I introduced the martial arts world to the concept of FOOSH injuries. Over 85% of all injuries to the upper limb are produced by falling on an outstretched hand. One consequence arising out of this fact is that there is very little information available concerning the physiological explanation of injuries that may be produced when executing kansetsu waza (joint-locking techniques) because the forces are applied in the upper limb in completely different directions in each case.

No. 4 The All or Nothing Law of Strangulation

I recently obtained a copy of another study on shime waza (strangulation techniques) or the more politically correct term neck restraints. There is a bit of controversy over the actual mechanism that causes unconsciousness or death in the case of these techniques or strangles generally. Four mechanisms are often cited, even in the coroners reports I've read which include reports by forensic pathologists or medical personnel. It's often a choice of one of the four mechanisms. I need to do more work on this issue because I am tending towards a combination of two. Stay tuned. 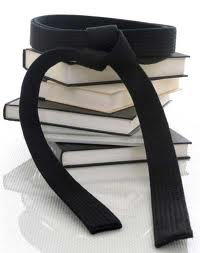 It is interesting there is so much interest in this blog. This might reflect a general confusion about what the black belt qualification signifies. In some striking based martial arts you can obtain a black belt in 1 1/2 to 2 years. Does that imply a lowering of standards? Not necessarily. If you only have a few blocks, kicks, and punches to learn, and if black belt simply signifies proficiency, then not necessarily. For Jan de Jong, a black belt tended toward the teaching side of things rather than proficiency. For myself, anyone who I grade black will most definitely be a world class instructor. They may not be the world's best exponent, but they will most definitely be a world class instructor. 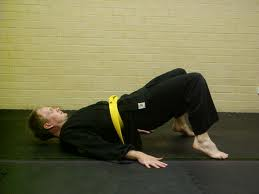 No. 2 O Mae Ukemi aka Bridgefall

This was the first blog I included YouTube vision. The YouTube vision came from a demonstration Greg Palmer put on as part of his 2nd dan gradings. I'm fascinated this polled so well.

I recall a seminar in Stockholm where Jan de Jong was teaching a hip turn which is a technique where the partner/opponent is dragged over your hips and made to fall to the ground. In a previous seminar, a participant shattered both radius and ulna when landing on an outstretched hand. I saw in the Stockholm seminar that people did not know how to land safely from this technique. I asked some of the instructors who were hosting the seminar why they were not using o mae ukemi or bridgefall technique to land safely. They didn't know the technique. I suggested to De Jong that we teach this falling technique, to which he agreed reflecting a certain open mindedness. However, he was reluctant to spend too much time on teaching this technique as he thought the participants wouldn't think they had got value for money from the seminar. In the mid-time break I had half a dozen of the senior instructors come up to me and ask for more instruction on this falling technique, not on any of the defences we were instructing.

No 1 'Shorter People Have Certain Advantages in Fighting and Warfare' 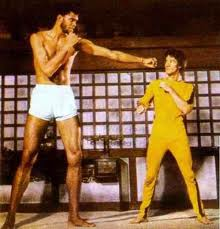 Sadly, I suspect the number 1 spot reflects the insecurities shorter people may have rather than an interest in strategy or tactics. I would suggest that shorter people embrace their height challenged status and stand tall, but they can't.
Posted by John Coles at 10:45 AM