I received the following comment to Increased Pain Tolerance of Martial Artists: 'How does this address the effects of the adrenaline dump regarding pain?' Interesting question.

Stress-induced analgesia (SIA) refers to the well established phenomenon that exposing humans or animals to a wide variety of stressors induces the suppression of pain perception. We’ve all heard the stories of the soldier who continues to fight, the athlete who continues to compete, the hero who continues their heroic efforts, all despite injury and all of whom report feeling no pain until the completion of their task. An explanation for this seemingly painless injury, at least at the time, is SIA.

SIA involves beta-endorphines being released from the pituitary gland. The term 'endorphin' is a contraction of 'endogenous morphine,' so named because it affects the body like morphine does. In fact, beta-endorphin has been found to be 48 times more powerful than morphine and even more addictive. Like opiates, endorphins are known for their painkilling, sedatory, anti-anxiety properties and for producing euphoric, trance and dream-like states. 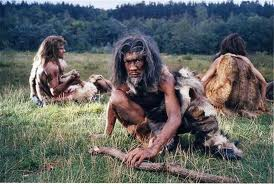 From an evolutionary perspective, SIA can be regarded as a component of the evolved fight-or-flight survival response. It would not be highly adaptive if pain from injuries could prevent us from fighting or fleeing when our lives depended on it. But once the threat of death has passed, our normal pain-sensing mechanisms have to do their work in order to immobilise the injured part of the body and prevent the injury from getting worse.

When I was studying SIA, I recalled two separate incidents where I was confronted by an attacker armed with a knife. According to conventional wisdom, my evolved fight-or-flight response is suppose to be activated when my survival is threatened. This response is designed to increase my chances of survival by, among other things, the release of adrenaline to increase my strength and speed in order to fight or flee, and the release of hormones to decrease my sensitivity to pain so that I will not be distracted from our survival tasks. On both occasions, I did not experience the activation of the fight-or-flight response.

I cannot tell you if my training was responsible for the non-activation of my survival response when confronted with knife-wielding attackers on two separate occasions. I cannot tell you what my pain experience would have been given I was successful in avoiding any injury on both occasions. All I can tell you is that I now appreciate the SIA paradox associated with martial arts training and the various forms of stress training adopted by law enforcement and the military. 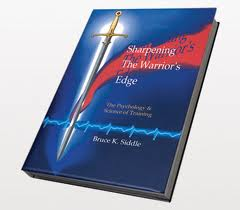 Bruce Siddle, internationally recognised authority on use of force training and the effects of survival stress (fight-or-flight physiological response) on combat performance. He provides ways and means of managing the 'catastrophic' effects that survival stress has on motor and cognitive functions that are deleterious to combat and survival performance. Many in the activities associated with preparing a person to survive a violent encounter refer to his ideas, although whether they acknowledge or even know the source of their wisdom is another matter.

One of the things that Siddle advocates is the selection of gross motor skill techniques over fine or complex motor skill techniques due to the effects of survival stress on motor functions. He states that 'the sympathetic nervous system will control and dominate all motor action when a student is confronted with a spontaneous deadly force threat.' He also states that 'stress is a matter of perception, and perceptions can be changed through the training process.' (I'm currently writing an article on this subject)

I'm not suggesting Siddle's advice is flawed. I'm just intrigued by the paradox that arises from it. An appreciation of this paradox forces those who are so strident in their opinion as to technique selection, training methods, and violence experiences to understand and explain the underlying assumptions of their arguement and to ensure internal consistency.
Posted by John Coles at 9:49 AM