Be kind, for everyone you meet is fighting a great battle 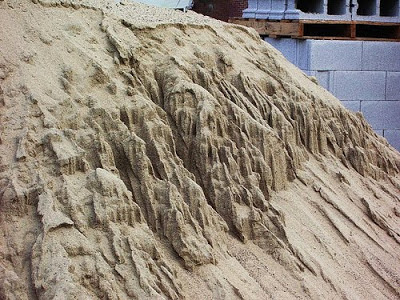 When attempting to explain ubiquity theory, Mark Buchanan refers to an example of building a pile of sand one grain at a time until there is an avalanche. It was the final single grain of sand that was placed in a particular position that caused the avalanche.

I have been thinking about this when following the furore that has erupted over the suicide of a nurse working in the UK after a prank call from two Australian radio personalities.

More reasoned heads have explained that suicide is a complex issue involving many factors. The phone call may have been the one little grain of sand placed in the right place at the right time on a pile of sand in a critical state that was the nurse.

This then reminds me of a quote that may or may not have come from Philo of Alexandria: Be kind, for everyone you meet is fighting a great battle.

The nurse may have been fighting a great battle which put her pile of sand in a critical state. Many people are.

Bono of U2 wrote 'Stuck in a Moment' as a conversation he would have liked to have had with his friend, Michael Hutchence, lead singer of INXS who took his own life:

It's a row between mates. You're kinda trying to wake them up out of an idea. In my case it's a row I didn't have while he was alive. I feel the biggest respect I could pay to him was not to write some stupid soppy f--king song, so I wrote a really tough, nasty little number, slapping him around the head.

Bono is trying to place a grain of sand that reduces the critical state of his friend's pile of sand. However, people don't feel depressed or anxious because they want to. They would change the way they feel if they could. This tough love, or even positive thinking-type approaches can be tough to take. It can reinforce a sense of failure - which becomes another grain of sand placed on a pile of sand in a critical state.

As people generally, but particularly as instructors who come into contact with survivors of violent encounters, we have to be very aware of where we are placing our grain of sand on the person's pile of sand which is in a critical state. The intention of the placer of the grain of sand is of little comfort to the destroyed pile of sand when an avalanche occurs.

We should think like sand-people and be kind, for everyone you meet is fighting a great battle.
Posted by John Coles at 10:16 AM