The Effect of Sexual Assault Statistics 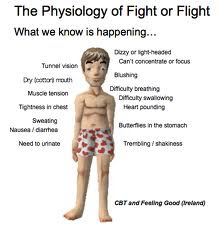 Most women's self defence courses (WSD) begin by informing the participants of the horrendous statistics associated with sexual assault. It could be argued this is problem solving 101: identify the problem and then provide a solution. It could also be argued that this is a marketing or motivational ploy in motivating the participants to enrol and actively learn and participate. But is this approach the best approach?

Jocelyn Hollander from the University of Oregan , based on her experience in teaching about violence against women, explains how she adopted the traditional approach of making a strong case about the pervasive and devastating nature of such violence. However, she found that 90% of her mostly female students felt disempowered by such information. The students felt vulnerable and that violence was inevitable. Emphasising women's victimisation reinforced the cultural fusion of femininity as vulnerability, weakness, and fragility.

Another source of discomfort for Hollander with her original approach was her increasingly firm belief that emphasizing women’s victimisation at the hands of men was, at best, telling only a partial story. According to a literature she had initially overlooked, women's victimisation is pervasive but not inevitable. For example, women successfully resist at least 75% of all attempted sexual assaults; in other words, they escape, they stop the violence, and they protect themselves as much as possible.


Together, these strategies help balance students' feelings of vulnerability and futility when learning about violence and provide a more complex picture of the realities of violence in women's lives. Information on women's resistance to violence included in class readings and lectures helps counter the myth that women can never defend themselves from men's violence and helps expand the students' understandings of resistance to include emotional, psychological, and verbal strategies. ... Information on those changes that have occurred challenges the sense of futility and powerlessness that often produces frozen inaction.

An approach I'm adopting is based on the evolved survival process concept I have developed. I've been thinking how I'd start a seminar or WSD course by asking the participants to raise their hand if they thought they were defenceless against a male attacker. I'd then explain that if they were truly defenceless, there would be no human race.

Nature provided a very sophisticated, comprehensive and effective defence mechanism for human beings. It involves an appraisal process that, if a stimulus is defined as a threat, elicits a feeling response which motivates an instinctive defensive behaviour that an automatic physiological reaction prepares the body to enact. There are numerous behaviours - flight, fight, tonic immobility, faint, help-seeking, submission, etc - that are evolved, instinctive defensive behaviours. These behaviours are supported by a different physiological response that supports the behaviour and promotes the survival of an individual.

Constantly reinforcing a person's vulnerability changes their unconscious appraisal of their resources and abilities to deal with a threat. This shapes the feeling, physiological and behavioural responses to a threat in terms of its nature and intensity. If you don't believe you can defend yourself you won't be able to. You won't be able to take advantage of nature's defence mechanism to promote your own survival because your 'learned' appraisal tells you that you cannot defend yourself.

My approach is based on explaining to participants that nature provided them with a very effective defence mechanism. Society tends to undervalue and undermine this defence mechanism by the constant reporting of successful attacks on women in the news media as well as entertainment (movies, TV, books, etc). If our evolved survival responses are undermined, it reduces the possibility that those behaviours which are evolutionarily designed to promote survival and have done so successfully for thousands of years, will not be enacted when they are needed the most.

My approach goes on to say that the education and training I provide in my women's self protection program is designed to improve on nature. Nature's efforts is already effective, but it's usefulness is under-reported by the sensationalist and fear-provoking (which motivates sales) news media. I deliberately use the term 'protection' instead of 'defence' because my approach is holistic. It is based on injury science theory in which an injury event is divided into three phases: pre-event, event, and post event. It's also based on all the factors involved in an injury event: host (person at risk), vector or vehicle (person or object that can cause injury), and environment (physical and cultural).