Do We Need Explicit Knowledge of Techniques? 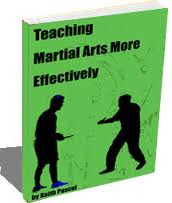 One of the shodan gradings in Jan de Jong's jujutsu grading system is a theory grading. The theory grading is an oral examination of the candidate's technical knowledge. A common question De Jong posed was: 'What are the forces involved in a tai gatame ude kujuki (body set are breaking)?' The candidate was required to answer the question verbally with no physical demonstration.

Do we need explicit knowledge of techniques? De Jong obviously thought so given he included an explicit knowledge grading within his shodan grades. The 'traditional' teaching method of Asian martial arts involves implicit learning where techniques are demonstrated and the student attempts to imitate them. Does the student need to be able to verbally describe techniques in addition to being able to perform them? Does the instructor?

Why would an instructor need to have an explicit understanding of techniques if they use implicit learning methods when teaching? One reason is that it provides a through understanding of the mechanics of the technique. It enables the instructor to analyse techniques and provide instruction to correct errors and improve performances. The problem is that an explicit explanation of techniques is hard to come by in the martial arts.

Let's return to De Jong's question; 'what are the forces involved ...?' De Jong intuitively knew that forces are important in understanding how a technique works. Unfortunately, neither he nor the candidates knew much about forces. My work remedies that shortcoming.

Forces are what causes every technique taught by every martial art work. The good thing is that forces is a simple concept for the layperson to understand and apply. First you identify all points of contact between the 'defender' and the 'attacker.' Next you determine if the force applied at each point of contact is a push or a pull. Then you describe the direction and relative magnitude of each of the forces. Finally you determine the intended effect of the applied net forces. This approach provides an explicit understanding of every technique taught by every martial arts.

A very good and rare example of this approach at work is with Jigoro Kano's Kodokan Judo. When you understand the concept of forces and adopt the approach described above, you'll see that Kano consistently describes all his methods in these terms. In this way, Kano focuses on the important elements in the techniques to provide an explicit understanding of judo techniques for the reader.