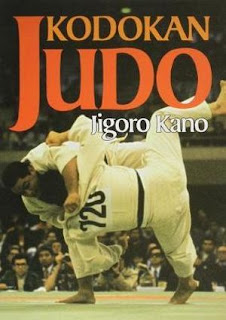 I am pleased to say that my post attracted a comment from a knowledgeable and thoughtful student of the martial arts. They referred to Kano's Kodokan Judo, a text that needs to be studied rather than just read. Kano was a man and martial artists far ahead of his times, as I demonstrate in my The Science Behind All Fighting Techniques.

What has to be understood is that Kano was on a rescue mission when he developed Kodokan Judo. He studied traditional forms of jujutsu and despaired at the decreasing number of students studying jujutsu. Jujutsu was a Japanese cultural institution that was in danger of being lost to the Japanese people so Kano developed Kodokan Judo to appeal to the Japanese people in order to be a vehicle for them to then become interested in studying the traditional jujutsu.

Those martial arts schools today who rebadge, rebrand, or focus on physical education, physical fitness, do not have such noble motives. It is purely a cynical marketing exercise to attract new students who are not necessarily interested in studying martial arts per se.

I will leave you with a comment that I received from a grand child of de Jong regarding this matter: 'I recall someone speaking of a conversation they had with my grand father who had come from another martial arts school and asked “why don’t you condition your fighters” and his response was something to the effect of “why would I condition my students when the intention is for the fight to go for the shortest time possible.”' De Jong to a T.