Women's Self Defence - Fighting With Facts 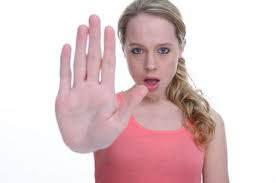 Based on my blogs concerning Women's Self Defence (WSD), I recieved an email asking my advice on a particular WSD issue. Firstly, thank you considering myself as having something to contribute to your efforts. Secondly, kudos on seeking out more information before attempting to advise women on their own safety. This attitude is relatively rare within the martial arts and those activities associated with preparing a person to survive a violent encounter. Opinions abound; facts are often not considered.

I've chosen a WSD course website at random and do not intend to name it. It is fairly typical of the rhetoric associated with WSD courses.

Unfortunately violence is on the increase in our society. Is it? Is it really? Based on what facts? Some would argue that our reporting of violence has increased; or that the media reporting of violence has increased thereby increasing our appreciation of the level of violence in our society. I once saw a report that Australia was the third highest most violent country in the world, more so than Spain. The reason Australia is the third hightest most violent country in the world is because we report violent crimes. When we report violent crimes, they get reported in the media. Viola, violence is on the increase and we have a violent society.

Has violence increased in our society compared to times gone by when Australian 'aboriginals' or 'native Americans' were systematically hunted down and killed? Was it more or less violent in our society in the 1600s or now, when weapons were the norm in civilian society rather than when they are regulated today? If you are going to suggest violence is on the increase, at least specify a base. Maybe the 1960s when we could leave our doors unlocked when we went out or went to sleep. Some argue that until recent events the 1960's had been our most violent decade of the century. 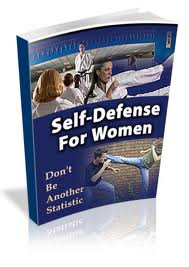 I have a friend who has gone through some pretty rough times. She purchased a pair of Wonder Woman undies which have become a bit of a symbol for her strength and independence. She suggested she was going to develop a women's fitness course and call it Wonder Women Fitness. Wow, I thought. What would I call a WSD course. 'Vulnerable people', 'You're weak but we'll try and fix that', 'Defend yourself cos you are the weakest of the herd' course. I've seen 'Fight Like a Girl' - ~. While that name is intended to be taken a number of different ways, it still originates in weakness. What about Wonder Woman something. Something positive, not based on fear but on strength. Something that says we are building on your inherent strengths, and not trying to fix your inherent weaknesses and vulnerabilities. Of course part of that course would be knowledge. Real knowledge based on supportable facts - knowledge is power.

It is not a martial arts course, it’s an educational program. I can guarantee you that not a lot of 'real' research went into the development of most WSD courses. A lot of opinion has gone into developing them, but very little real, unbaised research. All you have to do is look at the absence of 'intimate assault' strategies.

Every criminal has two fears. Criminals fear being caught and they fear being hurt. The course provides ample opportunities for the attacker to face both of those fears. What bollocks. If criminals feared being caught then harsher punishments would act as a deterient. It has been shown time and time again that this is not the case. Harsher penalities only make those imposing them feel like their doing something, rather than actually doing something that might deal with the problem. People do not do a cost-benefit analysis when deciding to commit a crime. I recently watched a National Geographic documentary on Casuarina, Western Australia's maximum security prison. A recidivist prisoner explained that he wasn't thinking about any punishment whatsoever whenever he committed any crime.

Studies show that half of all attackers will break off their attack if the woman simply indicates she is willing to resist. Finally. An indication that some research might have gone into the development of a course that is supposedly intended to inform and assist a woman to survive a violent encounter.

Studies show that women who resist are not injured any more than women who don’t resist. Yes they do. Kudos for doing some research.

The program teaches women elements of awareness, avoidance and self-defence. Awareness and avoidance - before an attack. Self defence - during an attack. What about after an attack? William Haddon, the father of injury science, analyed injury events using temporal phases. Before, during, and after an injury event. The idea is to prevent an injury, and if you can't to reduce the severity or longevity of the injury. What do WSD courses do to reduce the sequelae of an attack? Is only demonstrating that women who resist an attack reduce their risks of being successfully attacked revictimising those who do not resist, for whatever reason? What is being done to help those people understand and cope with the effects of an attack? 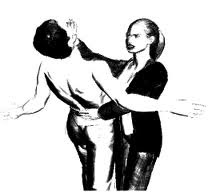 The original email was in regards to the use of keys as a weapon of self defence. It is commonly taught to hold your keys between your fingers to strike or scratch with. Have you tried it? The car key I have with the bulky handle for electronically opening and closing the car door provides a great support for the key to use as a weapon. My stand-alone house key is tough to hold between the fingers when striking with it. Scratching? I tried that. Keys are by design, blunt. It is very tough to scratch a person with a key held between the fingers with no support like the base of the aforementioned key. I've got red marks on my arm, however, no penetration of the skin was achieved.

I'd go back to the non-controversial weapon of a heel-palm or hammerfist strike to the nose. It is tough to teach a person to punch with a fist, let alone kick. Check out Applegate's Kill or Get Killed and Fairburn's Get Tough. They teach the military and law enforcement NOT to punch, but to use a heel-palm strike, hammerfist, or shuto (knife hand). Nancy Wake used the latter to kill a Nazi sentary during WWII as reported in my blog dedicated to the story of Jan de Jong. Using the heel-palm strike does not run the risk of breaking a bone in the hand or wrist. It doesn't run the risk of being ineffective due to a misaligned wrist. It is relatively easy to use and is effective when directed to the nose or the jaw. Why go for the keys between the fingers which is questionable and difficult when you have this weapon at hand (pun intended).
Posted by John Coles at 9:23 AM